Prevention of Cyberbullying – How Social Media Can Stop It? 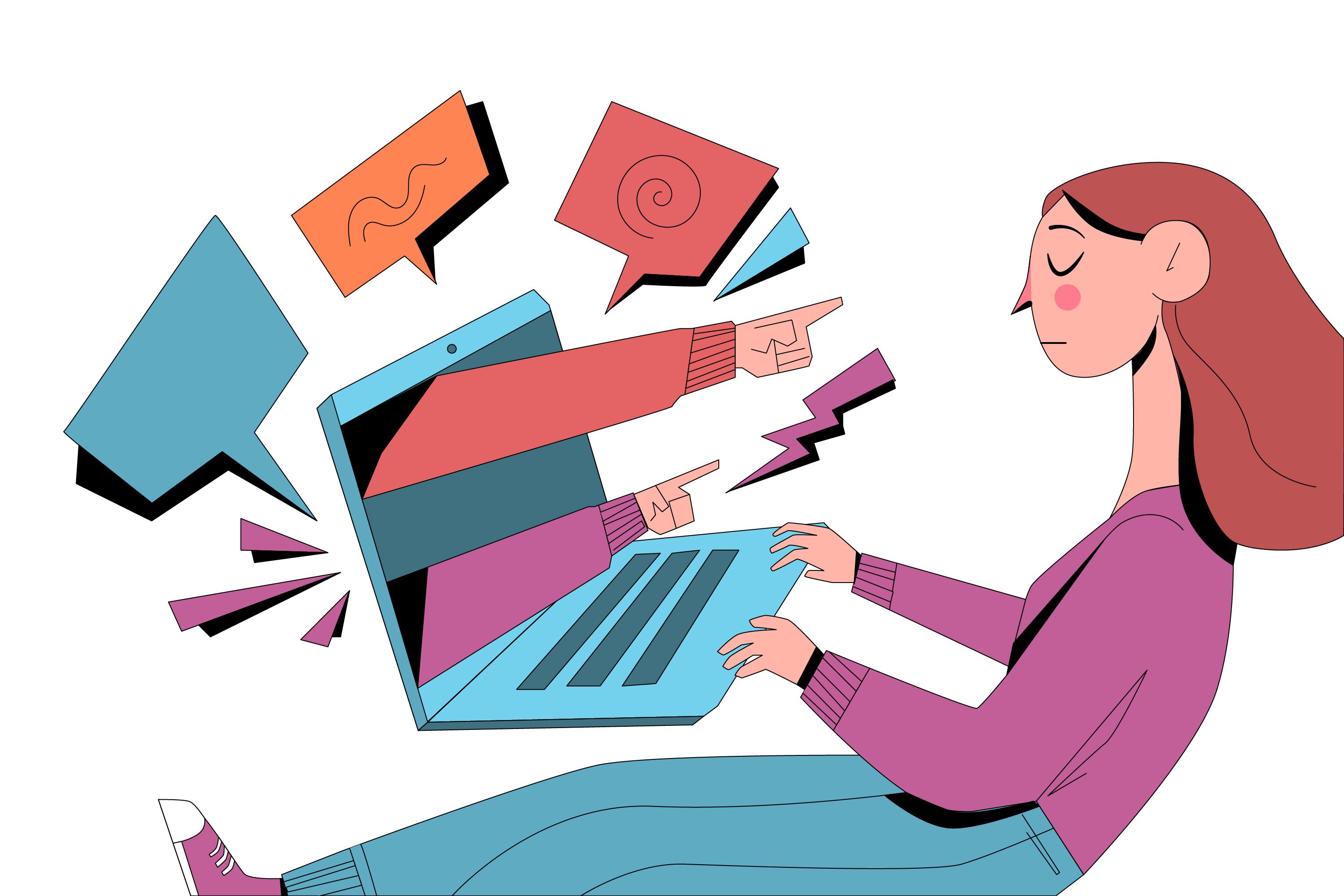 In recent years, with the development of new communication technologies, the internet, and electronic devices have started to be present in all areas of life. Electronic communication tools, especially for young individuals, are one of the most important parts of social life. Technology is indeed a tool that facilitates human life and facilitates the fulfillment of daily tasks. This also leads to a new form of bullying – cyberbullying. Prevention of cyberbullying is important as it impacts a person’s life.

What are Some Examples of Cyberbullying?

Its users are independent in choosing content and time and have two-way communication, which makes social media vulnerable to cyberbullying. Cyberbullying in social media is seen as deliberate, repetitive, and damaging behaviors to individuals or groups using communication technologies. Behaviors such as threatening and harassing, humiliating, sharing inappropriate content, insulting, and damaging the brand image are seen under the name of cyberbullying.

Cyberbullying on social media causes individuals to reach their goals easily because there is no physical day, increasing the number of victims daily. 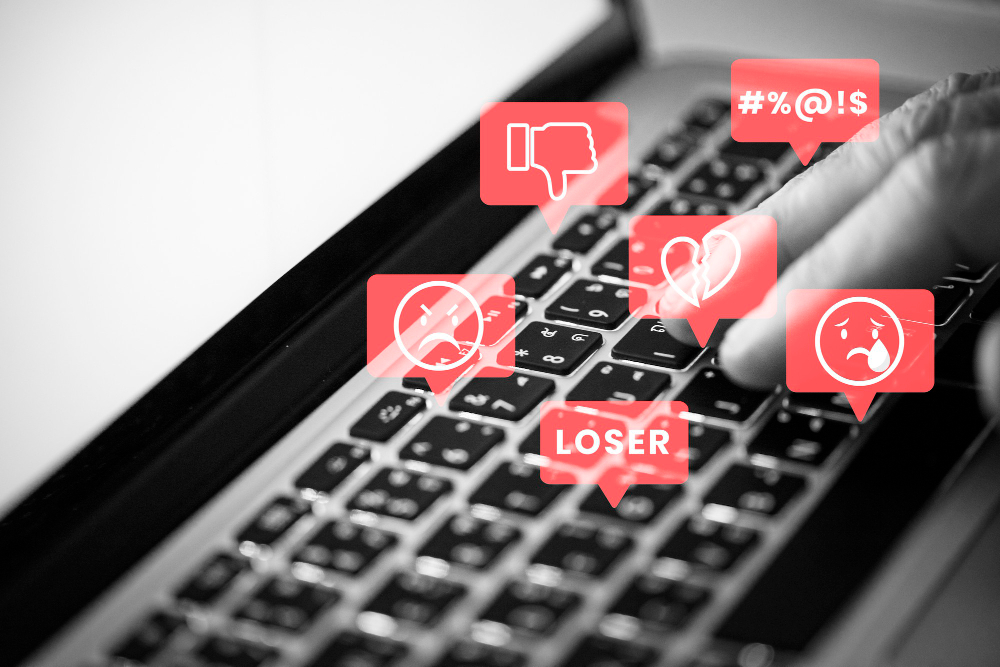 Figure 1: Prevention of Cyberbullying – How Social Media Can Help Stop It?

What Percentage of Bullying is Cyberbullying?

Social media platforms make it easier to reach large audiences regardless of location, race, or gender. This makes it hard to monitor, track or regulate cyberbullying. That said, it makes cyberbullying someone easier.

Prevention of Cyberbullying is Vital for Young People 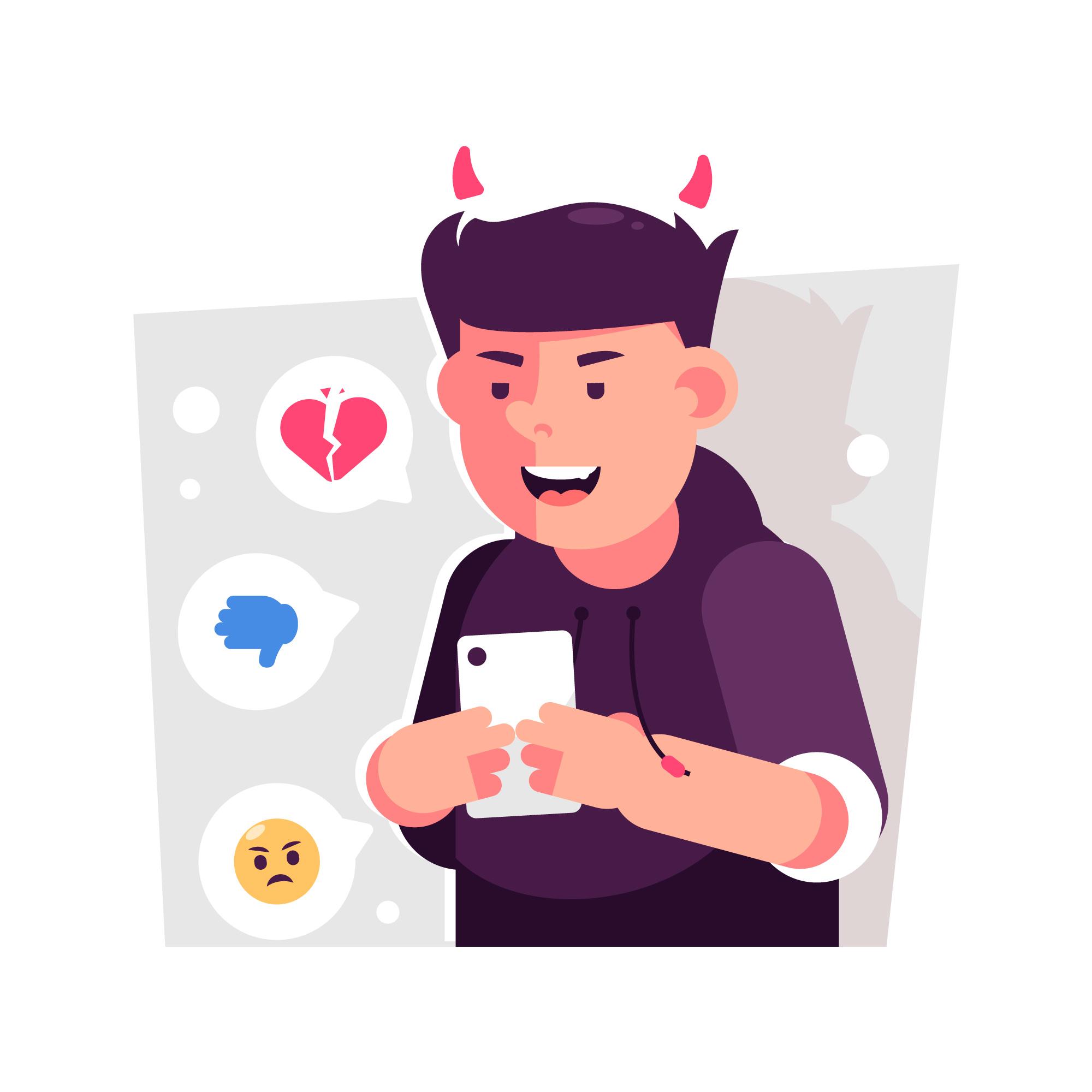 Figure 2: Prevention of Cyberbullying Is Vital For Young People.

While this rate was lower until the past 2020, the increase in the use of social media with the pandemic brings cyberbullying. As a matter of fact, in a study conducted in 2019, parents reported this situation to school administrations for their children who were bullied at school, and it was determined that only 19.2% of this bullying occurred through social media. However, 11% of this bullying occurred via text message, 7.9% of them via video games, 6.8% of them via a website, and 3.3% of them via e-mail. These rates continue to increase day by day. In addition to UNICEF research, according to the latest research by Dosomething.com, 68% of young people are exposed to cyberbullying on social media.

Socialays Social Media Guard analyzes the comments made under your posts on social media and categorizes them as negative, positive, neutral, question, spam, ad content, or hidden. Thanks to Socialays’ advanced artificial intelligence algorithm, comments are categorized and hidden into different types such as spam, hate speech, and unwanted comments. Supported by artificial intelligence, Socialays Social Media Guard cyberbullying blocking application automatically analyzes your post comments and instantly blocks those with hate speech or spammy content, then sends you a notification. It is a very useful application to protect both yourself and your brand’s business profiles from the cyberbullying of social media. 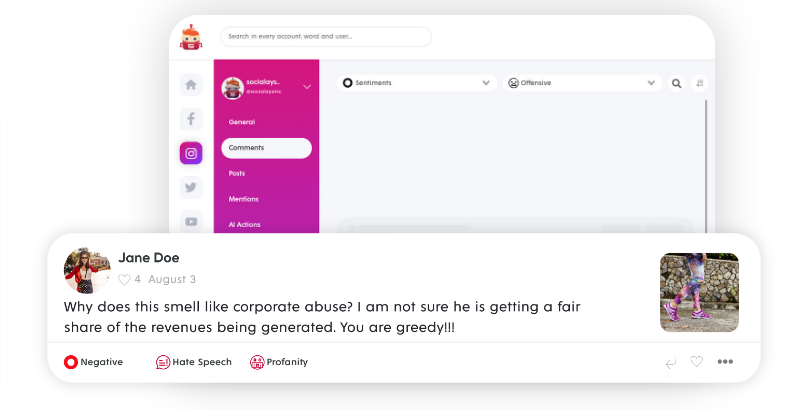 The Rise of Cyberbullying in the Media

Social media platforms like Facebook and Instagram have become the most common places for cyberbullying. Based on Philip Zimbardo’s work, many social media users cyberbully social media, which they cannot do in daily life. It is possible to find an answer to this question in this study conducted by the famous psychologist Philip Zimbardo. Face-covered participants of the famous Stanford Prison Experiment performed worse than non-anonymous participants. A similar situation applies to social media.

How is it possible that people behave differently when online? The answer is the uninhibited influence typical of online communication. It describes uncontrolled and overly relaxed behavior, thanks to limitations in the ability to empathize with the communication partner. Because they can’t see them and also thanks to the anonymity the person (bully) is immune to any consequences of their behavior. Also, communication is asynchronous. Borderless influence intensifies or triggers many forms of online aggression, from cyberbullying and hate speech to trolling. 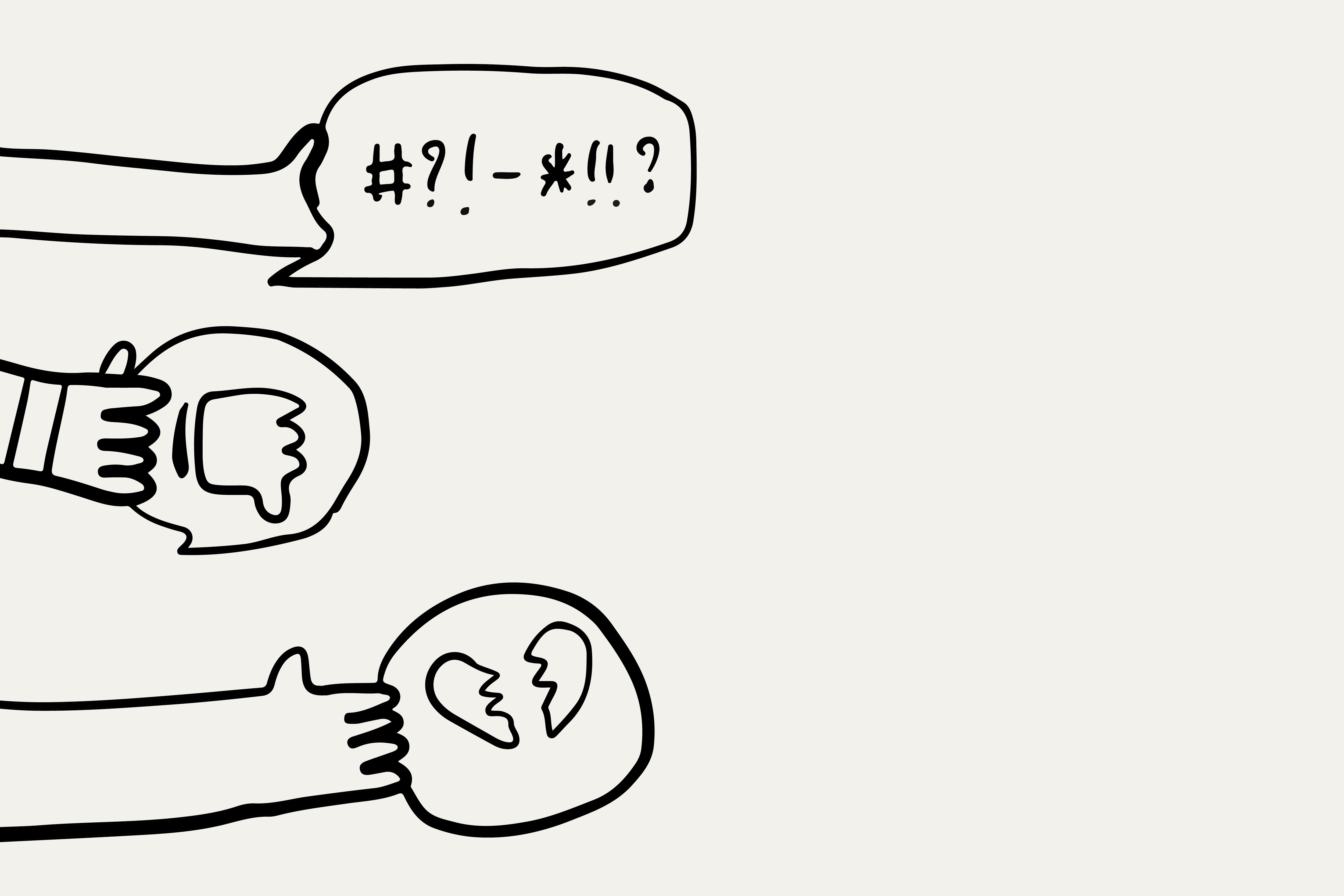 Figure 4: Why Do People Get Bullied

If your child becomes a victim of cyberbullying, they should not remain silent. Sharing their thoughts with someone they trust is the first important step in resolving the situation. Teachers, close friends, and especially family members can prevent the problem from getting worse.

Measures Taken by Platforms for Prevention of Cyberbullying in Social Media

Last year, TikTok became the most visited website on the internet and became extremely popular among young people. Due to the increasing number of users and the rude comments accompanying it, TikTok has introduced new features to prevent cyberbullying. Creators can approve comments before making the post live. Their followers can report users who show signs of cyberbullying. Instagram also has a strong stance against online bullying, with features like word filters and comment alerts, as well as systems for reporting posts and blocking accounts.

How Can Protecting From Cyberbullying Affect Someone?

There are many reactions to cyberbullying, and the first thing to do is to know how to protect against cyberbullying. One of the most important steps to do without encountering cyberbullying is to have detailed information about it. Because knowing how to act in the face of bullying allows you to eliminate it by damaging your psychology. In addition, children may not look at things from different perspectives as adults, so you should make sure that you inform your children correctly. For the prevention of cyberbullying in social media follow these steps:

1. The First Step Against Cyberbullying on Social Media: Diagnosis

Identifying the type and extent of bullying is one of the first things you should pay attention to, as you can more accurately determine what you should or should not do. This will provide you with a better understanding of the issue and information on what to do next. Diagnosing cyberbullying on social media will give you room to move and help raise awareness about the prevention of cyberbullying.

According to the aforementioned research by DoSomething.org, more than 70% of young people know about cyberbullying and have been exposed to it once in their lifetime. However, he does not share it with anyone due to communication problems and embarrassment. On the other hand, children do not share the situation because they think that the problem they experience will increase when they talk about the cyberbullying they have experienced and they are afraid of their parents.

Regardless, when you reveal cyberbullying on social media, you will find support for yourself, and the situation will make you feel more comfortable psychologically. Likewise, encourage your children to share about similar problems they are experiencing.

Keep a screenshot of the incident, record the date, and all necessary correspondence or comments. Also, keep it somewhere you won’t lose it, cloud storage is perfect for this. As a matter of fact, an instance of bullying Izzy Dix, who was a victim of cyberbullying in 2013, led to the reopening of the case, which was closed because her mother kept the records.

No response is a response. It is one of the most logical steps to ignore the cyberbullying you encounter on social media. Or, to tell it to your close circle and authorized places without direct interaction. Once you interact with the person, it would be harder to get out of it. 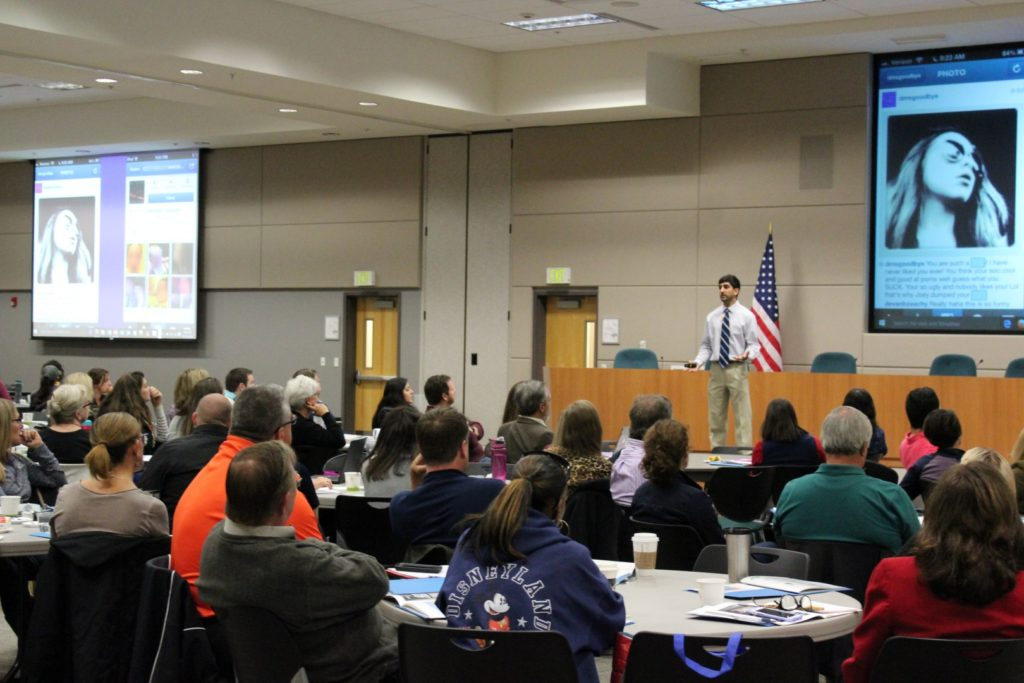 Be careful not to get angry and respond to social media bullies. If you act in self-defense, it will get out of control and you may even share your personal data. This puts you on an irreversible path.

You can report and complain about cyberbullying you encounter on Facebook. You can also block it in the contact options when you encounter such a thing among your followers. Report the post to relevant authorities. Thus, you can block accounts, people, or posts that are cyberbullying against you. You can report them to authorized places for review.

The profile you have blocked in the face of cyberbullying on Facebook cannot add you as a friend again. They cannot see your timeline and its timeline posts will not appear. Flagged comments require removal if it doesn’t comply with community guidelines.

If someone is cyberbullying you using Facebook Messenger, you can block them. This prevents you from receiving any messages from that profile. In addition, to report end-to-end encrypted messages, you can access the developed help assistant for your phone from the page here. You can delete offensive messages. Do not forget to take a screenshot of the messages before deleting them.