Social Networking Sites Growth and Why It Matters? 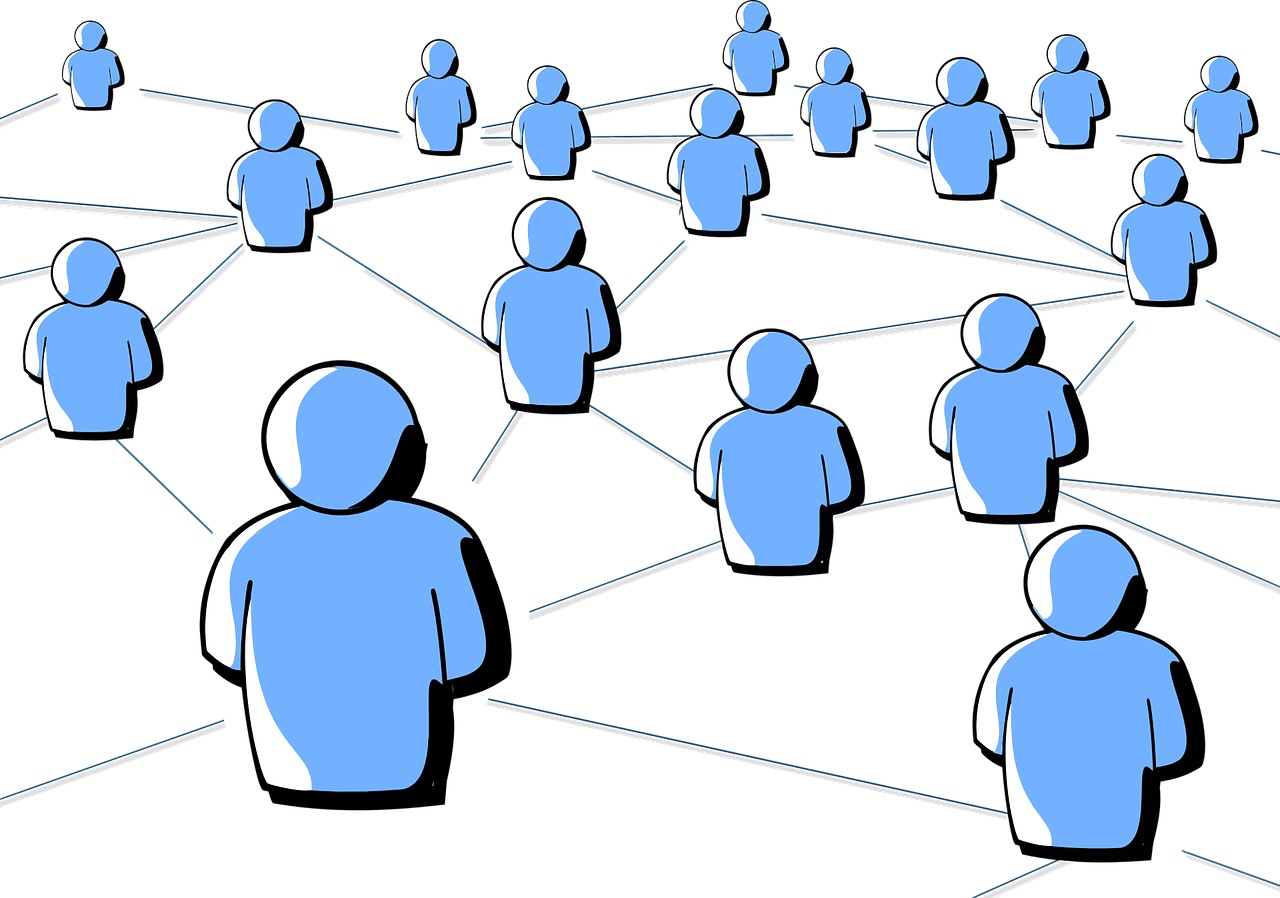 The growth of social networking sites over the past few years is phenomenal. For the first time, the term “social network” was used to characterize one’s interactions with other people on online platforms. Users have started to define themselves and communicate with other users from different cultures in the internet environment, and they are still expressing their feelings and thoughts virtually with symbols that symbolize gestures and mimics used in normal social life. As a result, the term “social network” occurred. When we think of social networking sites today, we think of websites like Facebook, Instagram, Twitter, and LinkedIn, to name a few.

The majority of social networking sites are created with a specific aim in mind. The major goal of Facebook, for example, is to allow you to engage with people you know in real life. The goal of LinkedIn as a professional business network is to provide you with a business and project-based social networking experience. 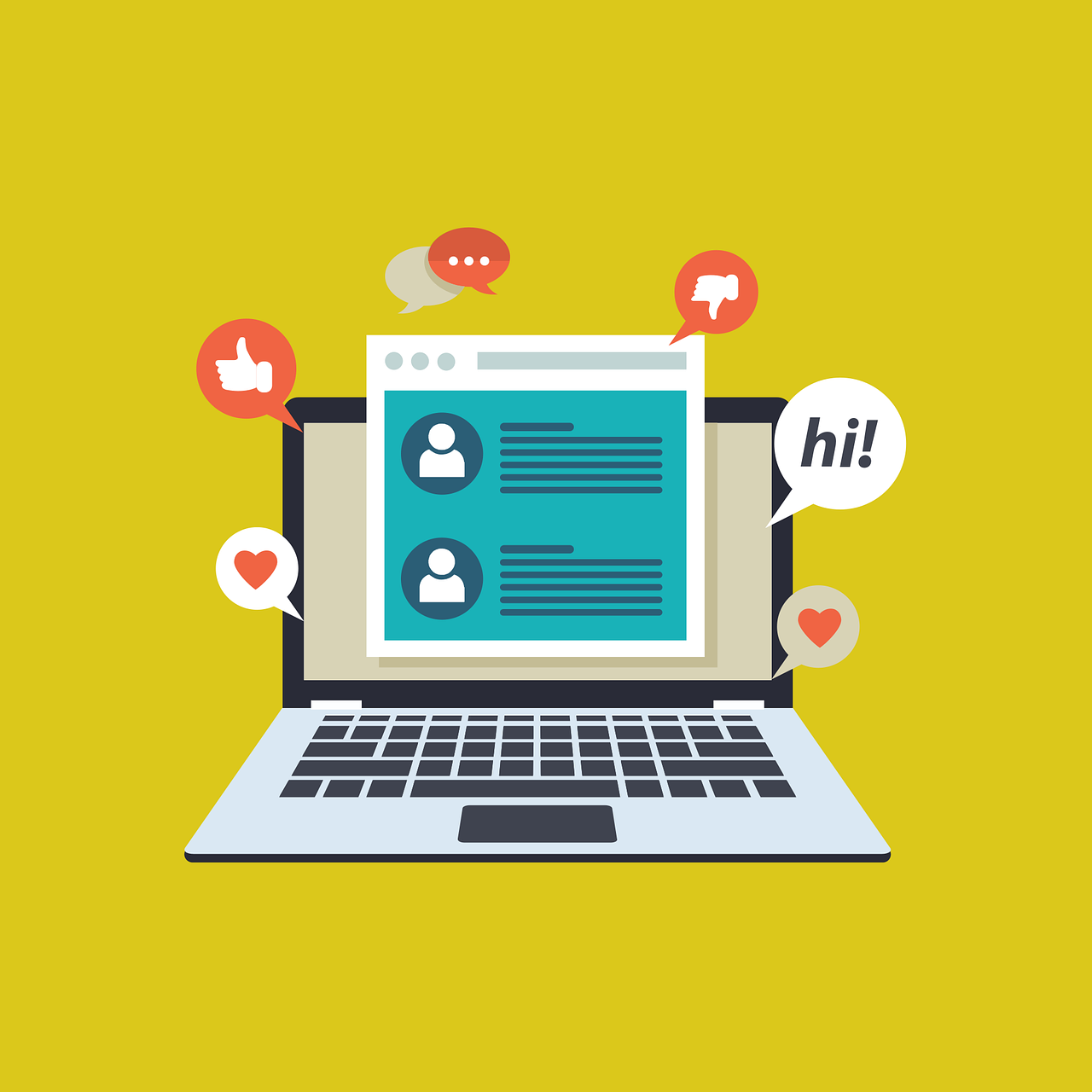 The Reason for Social Networking Sites to Appear

The first known social networking site in history emerged in 1994. The purpose of this site, called Geocities, was to enable people to create their websites in one of the 6 cities. In 1995, heglobe.com was established. In this social network, people interacted with others by publishing their own content. Such platforms have allowed users to share their knowledge and experience with others. Thus, people can communicate with each other through this social network. These sites also help users learn about many topics and improve themselves.

Social networking sites historically began to appear in 1979 when Tom Truscott and Jim Ellis of Duke University introduced Usenet, a discussion system that allows internet users around the world to post public messages. However, the origins of social media in its current sense begin with the “Open Diary” website, an early social networking site founded by Bruce and Susan Abelson in 1989 that brought together online diarists as a community. In the same period, the concept of Weblog was used for the first time and a year later, the concept of blog emerged when bloggers jokingly used the term Weblog as a web blog. With the increase in the use of high-speed internet access and the proliferation of social networking sites such as Myspace in 2003 and Facebook in 2004, the popularity of social media increased and took its current form.

After these inventions, thanks to technological developments, social networking services have become a concept that is widely used in the 21st century. The proliferation of social networking sites has led to changes in people’s thinking and living standards and these sites have become increasingly common as the channels where virtual communities come together, share and communicate.

There are many social networking sites available today. Although these networks differ from each other in many aspects, in general, all of them allow their users to share. Thus, content, image, or video shared by a person can easily spread around the world. Moreover; social networking sites are all created to cover the internet and mobile devices. On such platforms, users have their own unique content and slogans. As a result, the retention rate of such posts is quite high. Additionally, social networks are generally shaped by users because of the reality of big data.

Everything You Need to Know About Growth of Social Networking Sites

The use of social networks is a significant phenomenon that has progressed through the adaption process and now has very high rates. Various studies on the persistence of social network users are conducted in a broad scope. With its interactivity features and ease of use, new platforms that evolved as a result of advancements in network and computer technologies have given people more influence over previous technology. These new technologies have been adopted and disseminated at a faster rate than people’s understanding of how to use them.

Social networking sites are mainly online communities where people with similar interests and goals may share information and socialize. Furthermore, these communities are regarded as sources of information. With its vast and diverse information structure, the Internet serves as the foundation for social networks. This data covers a wide range of topics, including “health,” “money,” “education,” “transportation,” and “care services.” Individuals can interact with content on social networks and they can also interact with other people. As a result, social networking sites have become essential social platforms.

Sharing and Collaborating in Social Networks

Aside from these reasons, these sites also provide an opportunity for companies to do their marketing and advertising activities. It is possible to mention the growth and evolution of social networks. At the onset, social media marketing efforts are less as the use of the internet and smartphones are low. The conversion rate of social media ads to sales was quite low. However, as the use of smartphones becomes prevalent and access to the internet becomes widespread, resulting in an increased interest in social marketing. 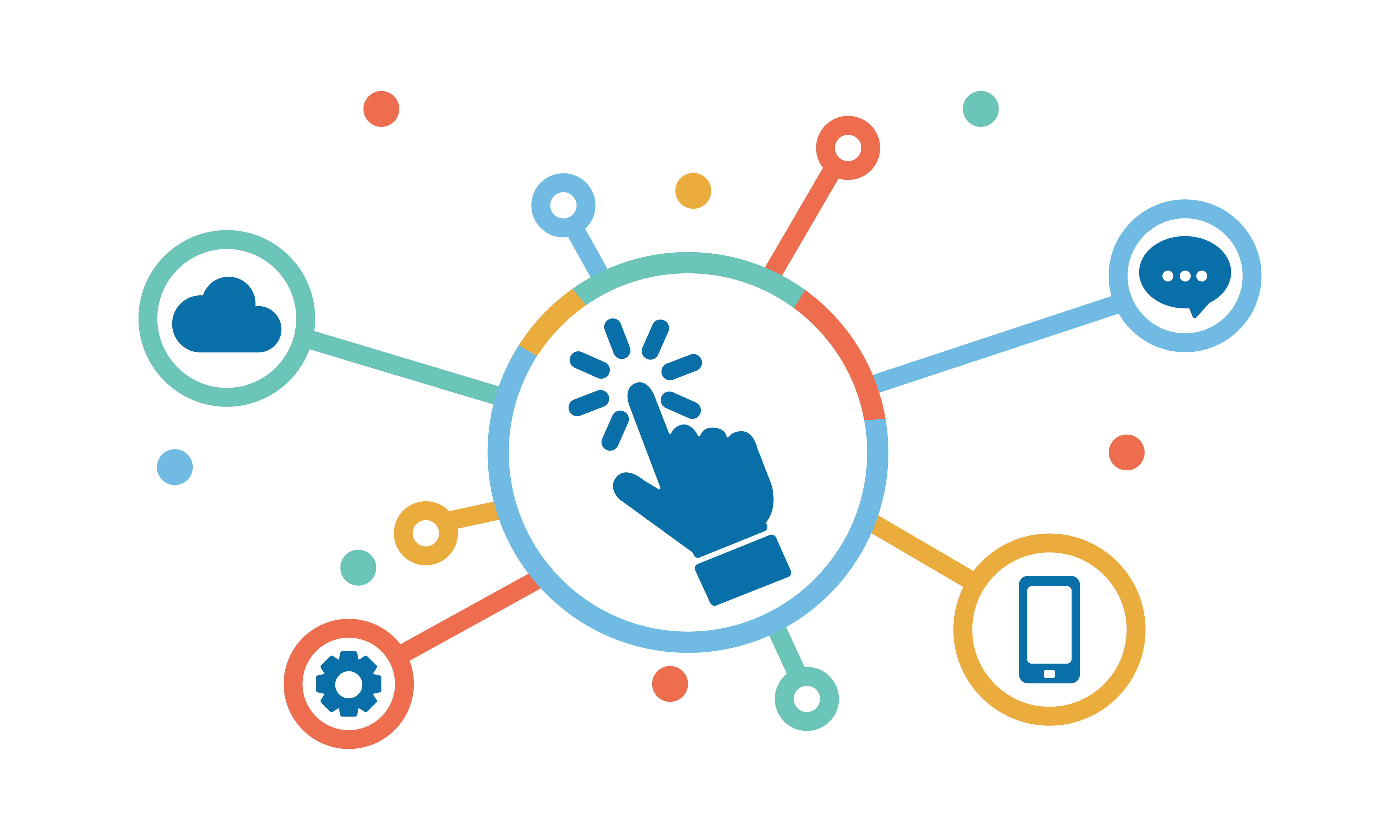 It is important therefore to create a strong social media strategy.

Social networking sites also play an important role in driving traffic to your website. During the day, users spend most of their time on social networks, and one can attract social referral traffic to your website with content or advertising campaigns that will attract the attention of users here. In addition to organic traffic from search engines, attracting traffic from social networks increases your chances of reaching more people and helps you increase your conversions. Especially if you are a new venture, it may take time for your SEO efforts to yield results, and therefore you may not be able to attract enough traffic from search engines.

The advertising efforts of brands on social networks have contributed to the increase in mobile commerce volume in general. Users started to shop by visiting websites on their smartphones. This results in the importance of mobile-friendly and user experience designs on the mobile site. As it also increases the mobile traffic of the company’s e-commerce site. In order to be able to manage and recycle traffic from mobile, you need to have a mobile-friendly site design and provide a good experience to users.

Social networks are not just about preparing advertising campaigns. You can create interaction on social networks and drive traffic to your website organically at no extra cost. You can interact with your followers by sharing organically on your social media accounts. By preparing a social media content calendar, and sharing on certain days of the week (it is recommended to make at least one post every day when it comes to sharing frequency), you can regularly attract traffic from social networks organically, maintaining your continuity. In addition to attracting traffic, these content studies are also beneficial for building an audience and communicating.

Talking about your brand more often

As your activities on social networks increase and your visibility increases. Furthermore, you can also enable consumers to share more about your brand. Especially when you produce content that may be of interest to them, users will share this content with their circles. This will increase the number of posts about your brand. In order to increase your visibility on the Internet, users must also share your content. You can also work to achieve this with the content you produce.

Sharing the brand’s vision and story

Another effect of social networking sites is that they help to increase brand and product awareness. As we mentioned above, since these channels are communication channels, you can increase the awareness of your brand or products through your communication campaigns and the communication or interaction you have with consumers. These channels also have a great impact on the branding process.

While working to increase brand and product awareness, you can reach new target audiences on social networks. You can target different audiences that may be related to your brand in the targeting of your ad campaigns. Popular sites such as Facebook and Instagram has settings that you can configure to target a certain demographic. In addition, you can use these targeting tools to reach new audiences that are similar to your current audience. 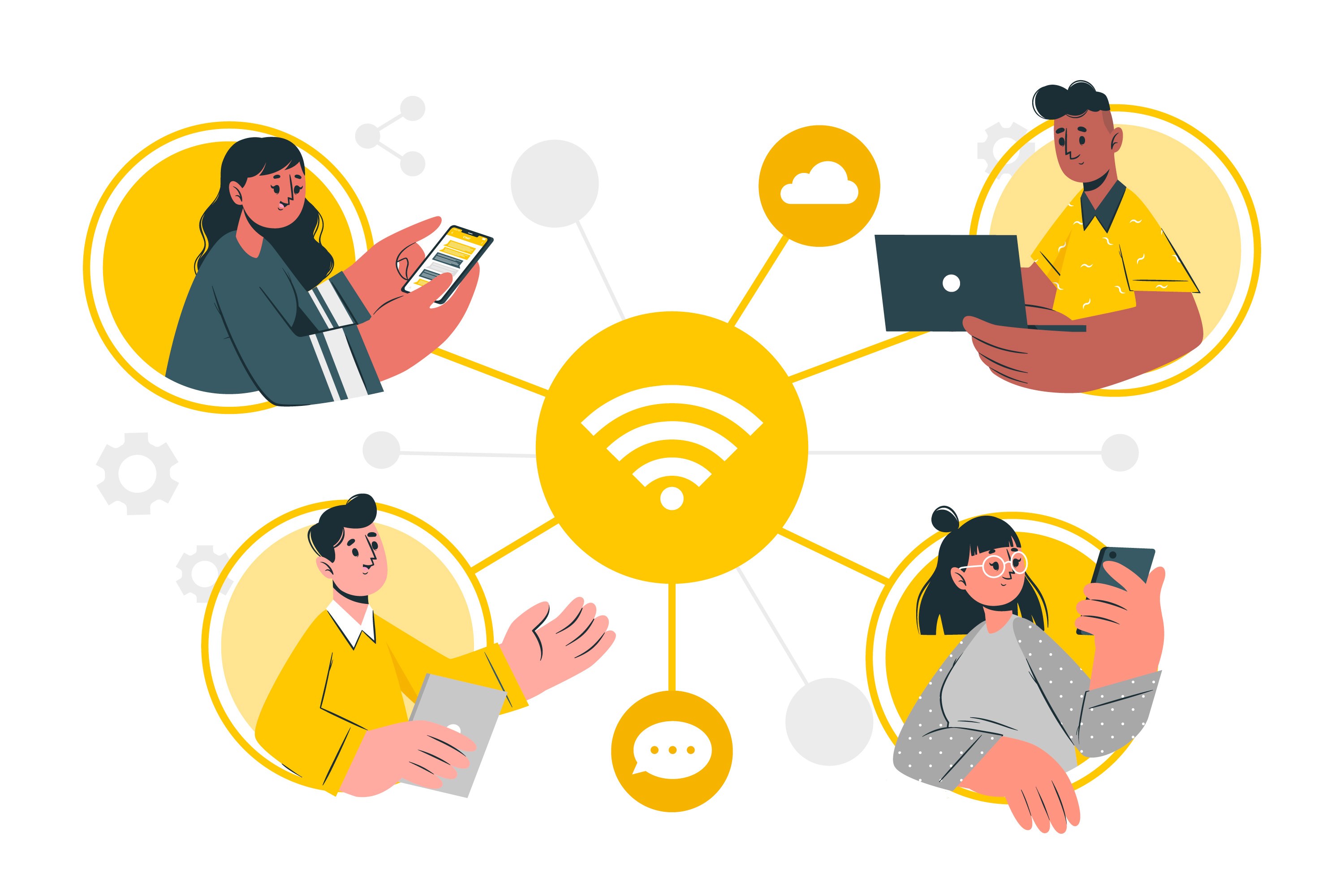 So how can you benefit from this important evolution and what can you do by using social media? Let’s take a look at some steps together!

1- Get Organized in Your Business by Creating a Plan!

A social networking plan is a very important thing for all businesses. This is especially true if they’re doing social media and want to reach their customers by directly communicating from there. In general, corporations plan a variety of things based on their company needs. Examples are the number of shares each month and sharing language, advertising expenses, and hashtag planning. Social media plans are very important for you to follow the posts you will make in a month regularly. If you want to attract new clients and retain existing ones, you need to develop a social media strategy. Keep your communication in the framework of this social networking plan.

Companies perform advertisement management for the shares they make at certain intervals in order to reach more people and to appeal to more people with their shares within the framework of a certain social media plan. Since advertisements are usually made on platforms such as Facebook, Instagram, and Youtube, they reach people who use these social media platforms easily. You can advertise here to reach a larger audience to promote your company and supply your items to more people.

With the development of technology, social media, and social media management, new tools have emerged. One of them is social media assistants. For example, Socialays understands, analyzes, and reacts to comments made in real-time. It also measures social media performances thanks to reports and insights. It is possible to say it is a platform that truly gives a clear view of what the audience thinks. You can visit Socialays to review and learn more about its features.

Social networking sites are now a part of everyday life. The intensive use of social networking sites contributed to greater service accessibility around the world. Besides users, social media has also become an indispensable and valuable resource for people who want to make a promotion or sale. Even today, when you open a social network site page, it is mostly possible to encounter many e-commerce activities.