What Are The Negative Effects of Cyberbullying on Mental Health? 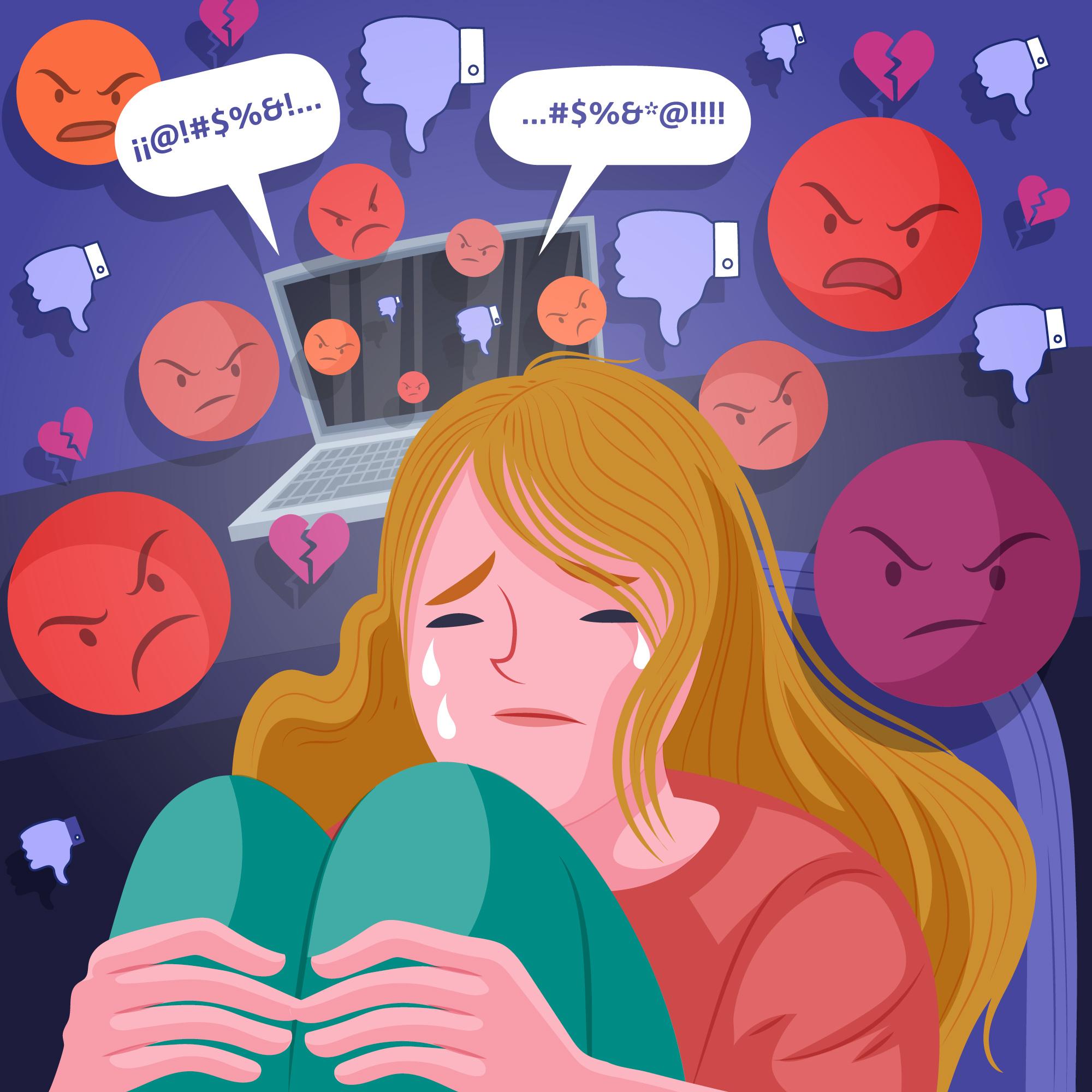 The internet continues to offer advantages in many areas and increases its importance day by day. Another well-known fact is that internet use is intense, especially among children and young people! Considering the negative effects of continuing education online and being in crowded environments in pandemic conditions, it can also be stated that the use in question has increased. In addition to the various opportunities it provides, the internet also contains some risks such as cyberbullying. 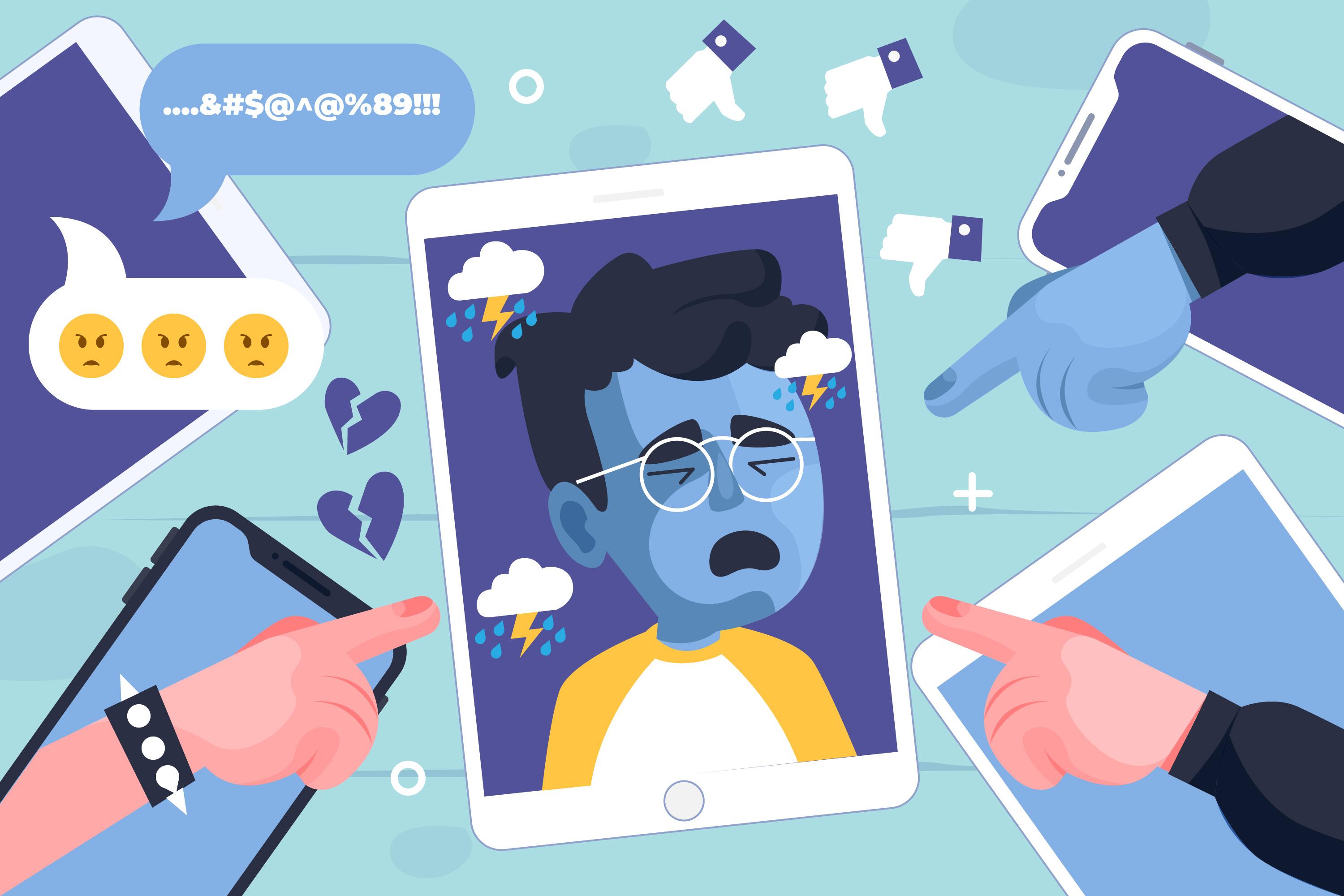 Cyberbullying behavior means intentionally harming someone through digital media. Like physical and verbal bullying, cyberbullying can cause much emotional, mental and physical harm, especially to children. Victims of cyberbullying may be exposed to negative behaviors such as harassment, humiliation, impersonation, embarrassment, exclusion, intimidation, and blackmail. These behaviors can be carried out through text messages, e-mails, social media, online games, and various online applications.

Unlike face-to-face bullying, cyberbullying can occur at any time of the day and anywhere there is an internet connection. It can be done anonymously, and it can be difficult to predict when the next bullying behavior will occur. Therefore, the person exposed to it may feel under constant pressure and always feel insecure, even in their own home. In addition, it may take time to remove harmful comments, messages, and posts on the Internet, and during this time the aforementioned bullying behavior can spread faster than in face-to-face communication.

Another factor related to cyberbullying is that the perpetrator of these behaviors is online and can use an anonymous identity, which can be quite damaging. The person performs the bullying behavior remotely and with an anonymous identity without seeing how the victim is harmed.

What are the Examples of Negative Effects of Cyberbullying?

Here are some examples of cyberbullying behaviors that can manifest themselves in different ways:

Since cyberbullying can happen at any time and in any place where there is the internet, individuals who encounter this behavior may feel as if they are being attacked from everywhere and have no place to escape. He may think that no one can help him.

These negativities and the fear of being excluded from social groups such as friends and work can cause loneliness. In addition to accompanying feelings such as unhappiness, shame, and anger, this situation may have to cope with problems such as physical fatigue, sleep disturbance, stomachache, or headache. Reluctance to go to school or work decreased social performance, and a general reluctance to do things they like to do.

How do the Effects of Cyberbullying Cause Depression?

What Can Cause Cyberbullying?

There are many factors behind the person’s continuing to do this action even though he knows that the result of an action is harmful.

The most important shortcoming is the inability to empathize, not thinking that the behavior will hurt the other party, and not being able to predict the consequences. The lack of face-to-face interaction, prevents the other party realizing that they are hurting the other party. 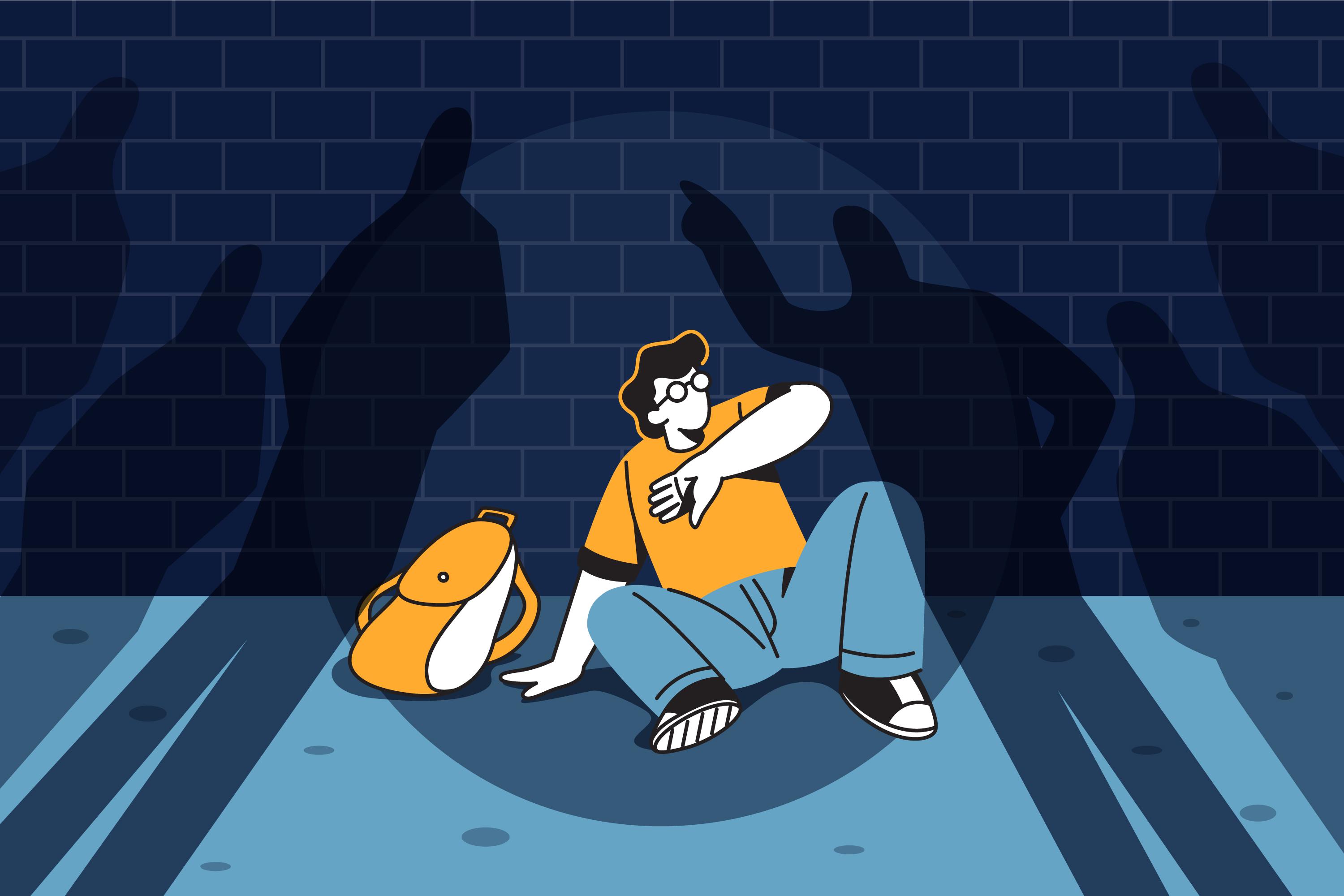 Among the main factors in the spread of cyberbullying is the fact that internet access is quickly and easily accessible, as well as having an almost completely free environment. In addition, the fact that people can easily hide their identities when they share their ideas on social media on the internet is among the most important reasons for the development of cyberbullying.

How Does It Occur?

Cyberbullying can occur in the form of any action that a person does to harm the other party. Email, web pages, and social media pages are just some ways in which cyberbullying takes place. It usually involves fighting on online platforms, harming the other party, humiliating, throwing insults, threatening directly or indirectly, giving intimidating messages, and slandering untruthful, confidential image, sound, or image that is important to the person. Sharing revealing and intimate videos, and opening fake accounts to harass individuals are also some ways that promote virtual bullying.

Online bullying can affect anyone. This may seem like it happens often to internet influencers or celebrities, but threatened groups are much more diverse and crowded! Women and LGBTQ+ individuals are much more susceptible to this type of bullying than men. 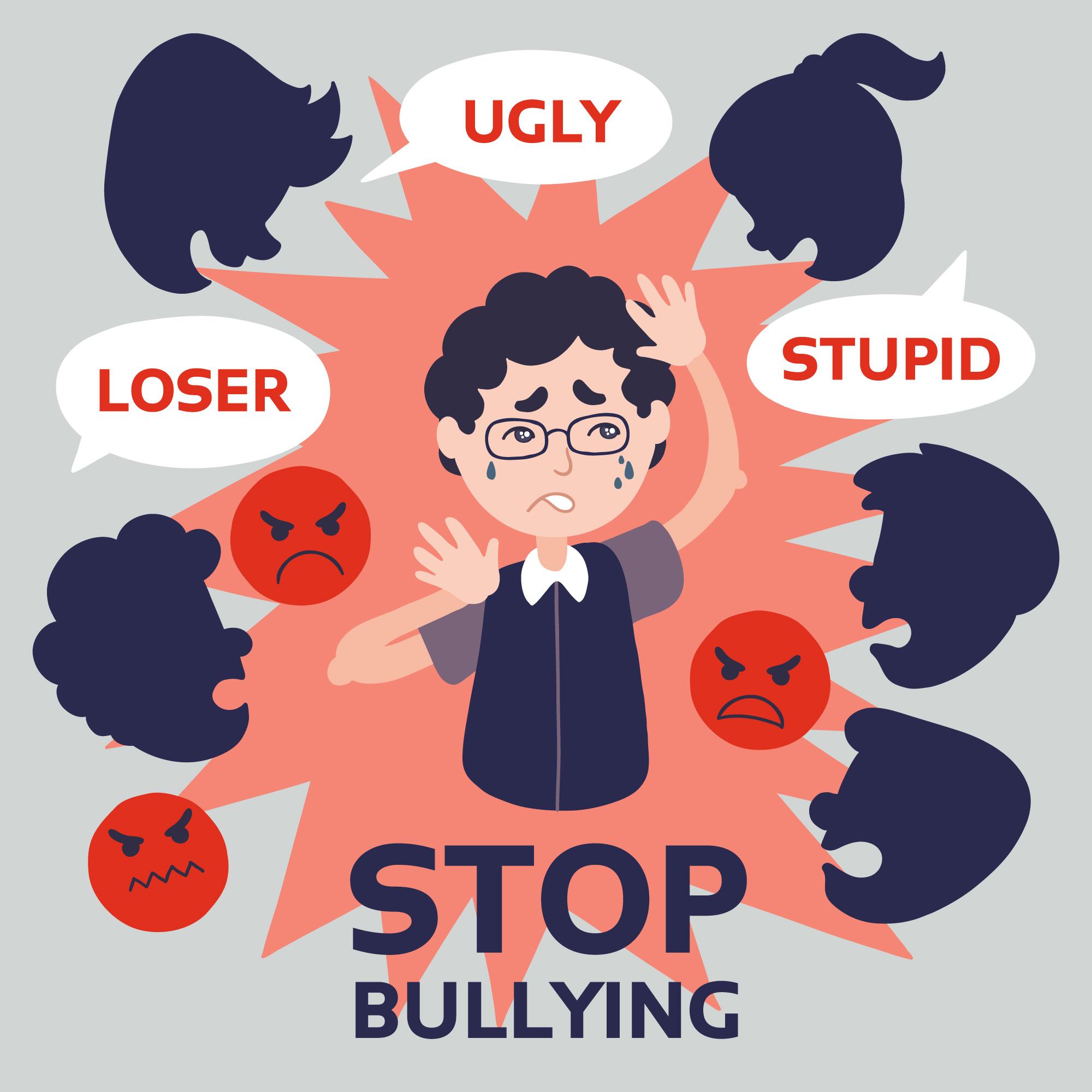 What to Do When Exposed to Cyberbullying?

Follow the steps recommended below when you are facing a cyberbully attack:

The person should immediately tell the situation to his family, teacher, or a relative who can help him/her.

Among the many measures you can take against cyberbullying on social media, the Social Media Guard Socialays application can also be an effective measure. Thanks to its advanced artificial intelligence, the Socialays application categorizes the comments made under the posts you share on your social media accounts as neutral, positive, or negative. It protects you and your posts against cyberbullying by hiding content such as cyberbullying, profanity, and insults among these comments. Thus, it ensures that malicious or spammy comments do not appear under your posts.

What are the Negative Effects of Cyberbullying?

At the start, people exposed to cyberbullying will feel a sense of anger, frustration, and later on sadness. Long-term effects can lead to a decrease in self-esteem and feeling of shame.  Individuals may also show depression symptoms and increased feelings of worthlessness. Insecurity, paranoia, suspicions, and even suicidal thoughts may also be present.

Attacking social media posts is another way of cyberbullying and can easily affect a person. Starting the use of social media at a younger age also increases the exposure of kids to cyberbullying affecting their self-esteem. One of the other problems caused by cyberbullying is that the exposed individuals gradually turn into a cyberbully. People bullied during their younger years tend to become bullies later on in life to avenge how they were mistreated. 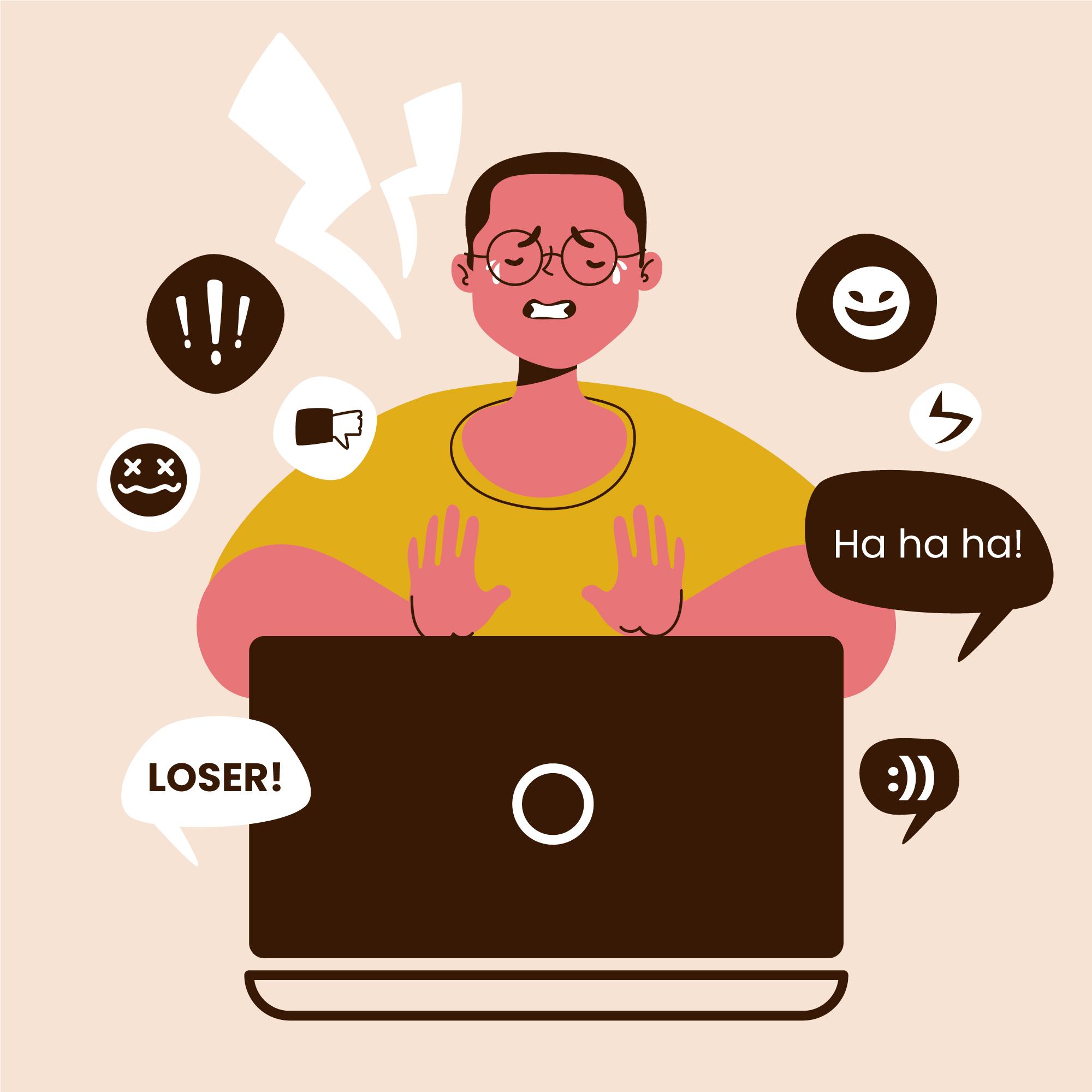 Figure 4: Fear of Being Away Can Make You Live!

What You Need To Do?

Learning what are the negative effects of cyberbullying can prevent stress on your mental health. Program school coordinators, parents, and even persons of authority should set up programs or campaigns against cyberbullying.  Identify instances where there is positive exposure. Authorities must remove the child if there is a confirmed exposure. Consult a specialist and request any psychological support for children exposed to bullying to prevent any permanent and long-term effects.

One Should Not Neglect to Protect Oneself!

Education and awareness efforts are essential to combating and stopping online harassment. Also, every social network takes measures to protect users! Empathized with people who are victims of cyberbullying and don’t have the ability to speak up.  Take care of yourself on the Internet, do not think that insulting is commonplace. Protect yourself from the unhappiness caused by social networks. Remember, there are not only positive things on the internet!